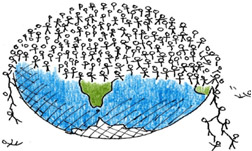 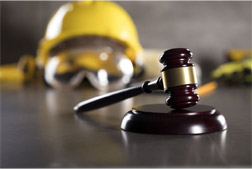 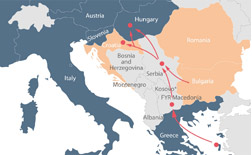 When migratory movements from the Middle East and North Africa towards Europe started in 2011, and in even greater numbers in 2015, few could envisage the scope and number of spheres that would be affected. Migrations labelled as critical, meaning that immediate solutions needed to be found, have brought clashes between Brussels and national states to the surface. These clashes over quotas of immigrants that each of the EU members had to accept have led to security issues related to the functionality of the Schengen Agreement. The countries of the Western Balkans, predominantly Bosnia and Herzegovina (BiH) and Serbia, but also North Macedonia and most of all Turkey – although not members of the EU – still carry this burden exhausting their capacities. As for BiH, this new reality is causing political and security frictions in the country itself. Upon taking office, von der Leyen announced a new Pact on Migration and Asylum, but little has emerged on what this pact would entail. This leaves border countries and asylum seekers alike to grapple with a failed system.

The following paper aims at giving a crosssection of the MENA migratory status in the countries most affected by this phenomenon.

Special focus is given to Greece, as the first EU/ Schengen entry point on this route toward the EU, as well as Bosnia and Herzegovina (BiH) and Serbia, as these countries now serve as a sort of parking lot for thousands of immigrants stuck on their way. The paper tests the hypothesis that those two countries are the last barrier of unwanted immigration before their entry into Hungary and/or Croatia.