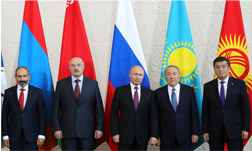 Taiwan still faces the problem of identifying its relationship and developing its attitude within the Cross-Strait Relations, not only due to the well-known political considerations and diplomatic isolation, but also because it is widely perceptible that Taiwanese investors and the Taiwanese government are scared of the possible implications of a trade war between the USA and the People’s Republic of China (PRC, hereinafter: Mainland China). Besides other reasons, this is the main motivation behind the sudden Taiwanese FDI divestment from Mainland China. This huge amount of capital, however, does not return to Taiwan to create new jobs and develop new, high value-added industries, rather it flows to Southeast Asia, an area still focusing on the low-cost labour-intensive manufacturing sector. Besides other, non-industrial fields, the present NPP-based Tsai administration fosters its New Southbound Policy (NSP), which is partially implemented under the umbrella of a special NGO, the Taiwan–Asia Exchange Foundation (TAEF). The 18 target countries of NSP comprise the complete ASEAN plus South Asia, Australia and New Zealand. However, among Taiwan’s target countries, the most intensive investment and trade relations are maintained with the ASEAN region (mostly Vietnam, Philippines, Thailand, Malaysia and Indonesia). The future might, however, bring about significant changes, as Mainland China has still been by far the biggest export market of Taiwan.

This study aims to identify a potential mechanism to enable transformation of Russia’s economy from the inefficient export-oriented and raw-materials-based model into an economic system of sustainable industrial growth. Based on the studies done by Russia’s leading researchers, a conclusion was made that in order to reach the objective it is necessary to activate financial mechanisms. Due to a variety of challenges that emerge in the implementation of the financial mechanisms available, the authors propose a scheme based on collaboration between the banking sector and the state that will ensure the interests of the three key participants to an investment project – a bank, a manufacturing company and an authorised government institution. This mechanism can be a promising alternative to bank- or public-only financing of the economy, as it factors in their advantages. This article analyses the interests of stakeholders of the bank and the manufacturing company. Based on the analysis, the authors set the task to optimise determining the extent banks and authorised government institutions should participate in project financing with due account taken of the credit institution’s risk minimisation and achieving acceptable profit levels.